As we prepare for the 10th annual Tradition of Hope Gala this Saturday, I began to think back on the past nine events. From incredible honorees, to awesome entertainment and celebrity guests, each one has been special in its own way – but they all have one thing in common. Any guesses on what it could be?!   You got it! Hope. Hope for each pALS. Hope for each family and friend of a pALS. Hope for a CURE so no one else has to be effected by this damn disease.

Now for some highlights from the past nine years:

2006: As our very first Tradition of Hope, this event holds a special place in my heart. We honored Peter O., John F., and Edmund H. Shea with the Founders Award.  I’m so thankful for their leadership and sharing their incredible legacy.

2007: Alexander L. Cappello was honored with the Founders Award.  Little did we know then that Alex and Linda would be the force behind the Tradition of Hope as our esteemed event chairpersons.  And yes, Sophia is holding up a book she wrote about Augie’s Quest – one of my biggest honors. 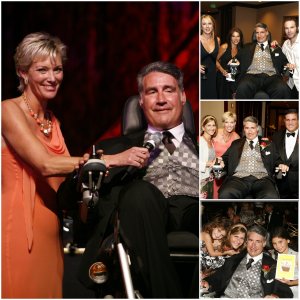 2008: We honored Scott Olivet with the Founders Award and also added the Vision Award which was presented to Earvin “Magic” Johnson.  We brought a new level of fun to the event with bikes jumping over the crowd and our fun “board shorts to black tie” theme.  Of course Scott had a special Augie’s Quest tux created by Oakley that was legendary.  We also were privileged to have my dear friend Eric Scoggins attend this year and brought engagement from “Magic.”  Miss you, Eric.

2009: This year we presented Nancy O’Dell with the Champions for ALS Award and Phil Smith with the Humanitarian Award.  We’re so proud that both are still so involved with Augie’s Quest.  Nancy is our official spokesperson for ALS.net and Phil continues to support ALS research through his engagement with our ClubCorp events. 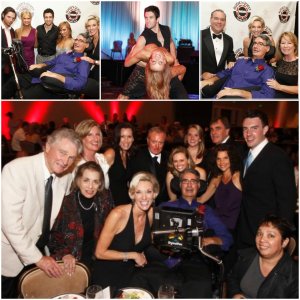 2010: The Founders Award went to Mark Wetterau, John Ondrasik was awarded the Champions for ALS Award, and the first Courage award was presented to Bob Donato and Family.  We love you Captain Bob!  John epitomizes the word Champion – he continues to be such an amazing advocate for ALS and for me.  Mark rallied the entire Golden State Foods team and all of their vendors to break fundraising records and pull us out of the fundraising recession. You’re the man Mark! 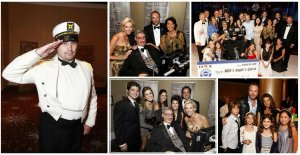 2011: Cast members from So You Think You Can Dance made a special appearance thanks to my friend Nigel Lythgoe who recieved the Champion for ALS Award. while watching them perform, I was amazed at their strength and athleticism.  The Founders Award was presented to Peter Ueberroth and David Pyle was presented the Humanitarian Award.  David and Peter are both still extremely generous donors year after year!  We are so thankful to all of you for being incredible advocates for our Quest to end ALS.

2012: Bob Olson was awarded the Founders Award, Lauren Witsenburg received the Courage Award, and Alison Greenspan was presented the Champions for ALS Award.  It was an incredible night, and such an honor to have the talented and beautiful Hilary Swank introduce Alison.  Sadly, Lauren lost her brave battle with ALS shortly after the event, and we are so happy her husband and son can join us to celebrate our 10th year.  Bob always says yes when we ask, I am so thankful for your friendship, Bob.

2013: The Founders Award was presented to Ivo Tjan and Eric Affeldt was awarded the Champions for ALS Award.  Eric was most deserving of this award – the ClubCorp Charity Classic he runs every year is our strongest corporate fundraiser for ALS – probably in the world!  Ivo, Founder of Commerce West Bank, was an extremely generous honoree and because he is so well liked in the community, brought us many new AQ supporters that come back year after year!

2014: Richard Paek was awarded the Founders Award and José Cofiño was presented the Courage Award.  Richard was the most hesitant honoree we’ve ever had but boy are we glad he agreed!  Richard enrolled all of the Allied Lube franchise stores into a month-long mobile campaign for AQ, which is currently repeating for their 2nd year.  Jiffy Lube/Allied Lube is now one of our largest sponsors.  And José…well by now you all know José but let me just say, his acceptance speech was one of the best we’ve seen! 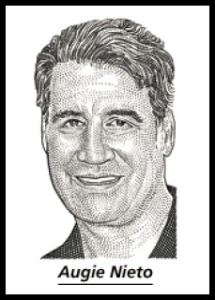